With somewhere in the neighborhood of $45 million in 2020 salary-cap space — not including what will be gained via veteran releases — Seattle Seahawks general manager John Schneider has more money to spend this offseason than in recent years.

The catch: Schneider also has a lot of roster spots to fill thanks to 19 pending unrestricted free agents, five more than the Seahawks had at the beginning of last offseason and three more than the year before.

Here’s a closer look at some of Seattle’s top UFAs and predictions on whether they’ll be back.

The Seahawks want to re-sign Clowney, but there’s a limit to how high they’ll go for a player who gets a lot of pressure (fifth in pass rush win rate last season at 24.8%) but not a lot of sacks (three in 13 regular-season games). ESPN’s Dan Graziano and Jeremy Fowler wrote it’s unlikely Seattle goes to $18 million to $20 million per year for Clowney, based on what they heard at the combine. 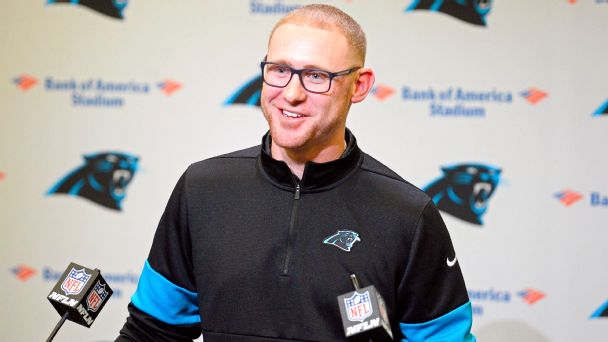 There’s an argument that the Seahawks should go that high given how badly they’d lack pass-rushing firepower without Clowney. Here’s one reason they won’t: Seattle declined to pay the $20.8 million average it would have taken to keep Frank Clark, who is a comparable player and more productive by some measures, including sacks.

The Seahawks need more than Clowney. That was clear last season, as their pass rush struggled without another legitimate threat. But having to pay $20 million-plus to re-sign Clowney (they can’t tag him) makes it harder to afford that second guy.

The way Clowney and the Seahawks speak about each other reflects how good of a match they are from a personality and culture standpoint. That will count for something.

“He loved the culture, he loves the coaching staff, loves the chefs, loves our equipment guys,” GM Schneider said in Indianapolis. “He’s a really fun guy. He was a blast to be around and I hope we can continue that.”

Any team interested in the 27-year-old Reed knows it would be getting a tremendous run defender, but his pass-rushing production is less predictable. Is he closer to the guy who had 10.5 sacks in 2018 or the guy who combined for five sacks in his other three NFL seasons? That includes two last season after serving a six-game suspension for violating the NFL’s personal conduct policy.

That suspension could hurt him in free agency, though the incident it stems from was three years ago and he has had no known issues since. The Seahawks swear by Reed.

Reed’s best option might be to take a one-year deal to rebuild his value and position himself for a better payday in 2021.

Prediction: Reed returns on a one-year deal worth less than the projected $12.32 million transition tag for defensive tackles.

Can you think of a player who has entered free agency amid more complicated circumstances than Kendricks? He’s scheduled to be sentenced in his insider trading case March 30 and is coming off surgery to repair a torn ACL from Week 17.

Looking ahead to the offseason:
• One free agent each team must sign »
• Top 50 free agents » | Decisions »
• Top offseason needs for all 32 teams »
• Free-agency coverage » More NFL »

The 29-year-old Kendricks finished fourth on the Seahawks with 71 tackles and tied for third in sacks with three to go along with one interception in 14 starts. PFF lists him with 17 missed tackles, tied for sixth most among linebackers.

Seattle thought highly enough of Kendricks’ coverage ability to mostly play base defense last season, keeping him on the field in passing situations. Carroll volunteered that he’d like to have Kendricks back.

Kendricks’ sentencing already has been pushed back several times and could be postponed again. Either way, it seems unlikely that he signs anywhere early in free agency.

Prediction: Assuming he avoids prison time (or if his sentencing continues to be postponed), Kendricks returns on another one-year deal that protects the team in case he’s unavailable.

While inconsistent, the 2016 first-round pick has been better than his harshest critics believe. Ifedi ranked 12th out of 64 qualifying tackles in pass block win rate in 2018 (91%) and 38th of 65 (87%) last season. He didn’t miss an offensive snap in 2019 and has missed only one game the past three seasons.

As for his penalty problem, Ifedi had 12 and 10 accepted penalties the past two seasons after leading the league with 16 in 2017.

Given the rising tackle market, it seemed Ifedi could benefit financially when Seattle declined his fifth-year option, which would have paid him $10.35 million in 2020. He might not top that average in free agency, but he’s in line to make more money than expected.

Prediction: Ifedi gets a nice deal from another team.

Fant is the toughest to predict.

On one hand, the 27-year-old has starting experience at a premium position and is younger than most free-agent left tackles.

On the other hand, he hasn’t been a permanent starter there since 2016, when he took over at midseason and had the struggles you’d expect from an undrafted rookie who played one year of college football at tight end. Fant was in line to start at left tackle in 2017 before tearing an ACL that summer. He has been a hybrid tight end/extra tackle since, making four fill-in starts for Duane Brown last season.

One scenario that makes sense is Fant replacing Ifedi at right tackle and eventually taking over for Brown on the left side.

Four touchdowns and 2.3 yards per carry in three games was the type of mixed bag you’d expect from a 33-year-old who hadn’t played in 14 months.

It’s hardly a given that Lynch will want to play in 2020. Now that his hometown Raiders have moved to Las Vegas, could any team other than the Seahawks convince him to give it another go? And would he want to put his body through the grind of another training camp only to be the third option behind Chris Carson and Rashaad Penny?

Consider this line from Lynch’s most recent postgame interview, the one in which he urged NFL players to take care of their chicken: “Now I’ve done been on the other side of retirement and it’s good when you get over there and you can do what the f— you want to …”

Prediction: Lynch goes back to enjoying his best life in retirement and returns only if disaster strikes the Seahawks’ backfield again.

Chargers should strongly consider any price for…